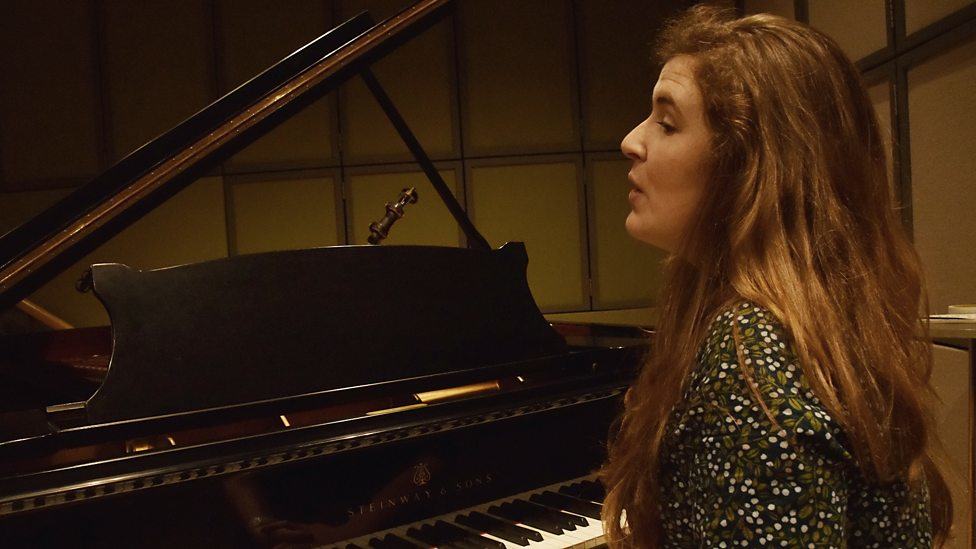 Last week myself and the rest of Aon Teanga:Un Çhengey headed to the BBC headquarters in Glasgow to record a special edition of ‘Travelling Folk’, which included an interview with presenter Bruce MacGregor and a mini-concert set of five of our songs. The programme was broadcast at 7pm on Sunday night (29th November) and will be available until the end of December. Click here to listen to it. During the programme, Bruce looked at the six Celtic nations: the Isle of Man, Ireland, Scotland, Wales, Brittany and Cornwall and briefly talked about the languages of these nations, mainly using musical tracks to speak for him. We were featured in the second part of the programme for 38 minutes, from 1 hour 9 minutes 30 seconds, until 1 hour 47 minutes. The interview comes first, and I was really pleased to be able to talk to Bruce about the status of Manx Gaelic currently, explaining that there is a positive attitude towards the language and many, many learners now, as well as fluent speakers. After the interview came the songs, and in my opinion, the strongest performance we gave was the Manx traditional song ‘She Lhong Honnick Mee’ (It was a boat that I saw), which I led, along with Mary Ann, in both Manx and Scottish Gaelic. I also got to play a beautiful, beautiful Steinway Grand for this song, which is probably why I enjoyed it so very much! You can hear this one at 1 hour 29 minutes and 22 seconds.