Nordic Nish! Tales from the two-week tour of Arctic Norway… 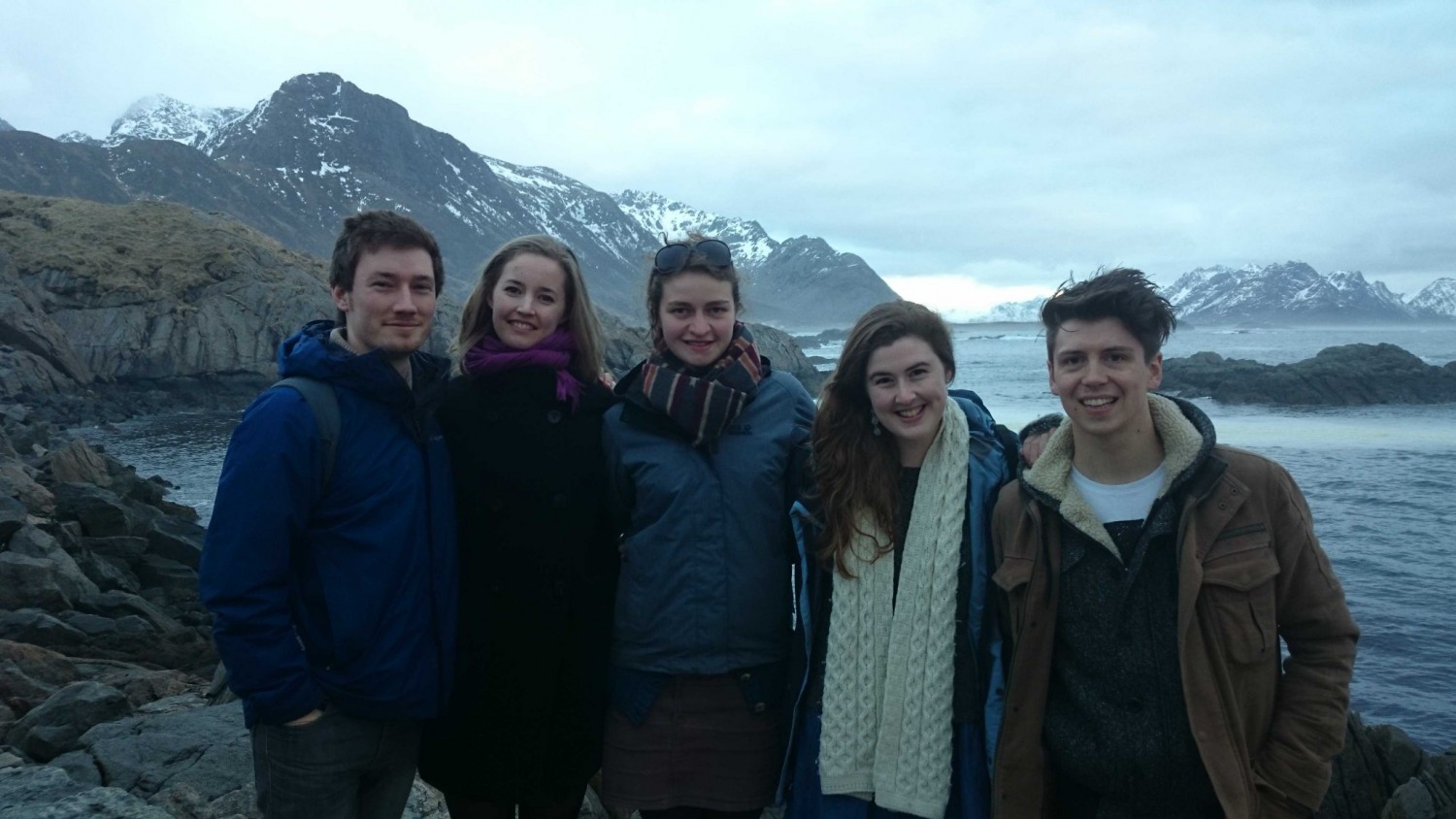 Nordic Nish! Tales from the two-week tour of Arctic Norway…

Last month while a heat wave swept across the British Isles, the five of us in Nish As Rish donned our thickest scarves and mittens for a two week tour in Arctic Norway. We had been invited to give concerts to sixth form students across the Lofoten Islands and Vesterålen by Den Kulturelle Skolesekken, a national initiative run by the Norwegian government that brings professional musicians and visual artists into schools. Our collective incorporates five musicians from across the British Isles whom have a wide variety of musical backgrounds. We perform a mixture of original compositions and arrangements that draw Manx, Scottish, Irish and English folk music together but with a changing sound-world, which incorporates threads of rock, medieval, latin, jazz and classical music.

Alongside our educational tour, we gave a number of public concerts, which were warmly received. Our first gig very nearly didn’t happen however; my luggage was lost on the way up to the Arctic Circle – complete with warm clothes and whistles! – and the neck of Vanessa’s double bass snapped clean off in the airplane hold. Luckily SAS airlines and a local instrument maker managed to solve both situations, and the shows (quite literally!) went on; we were pleased to get a standing ovation for our first gig in the picturesque port of Stamsund – this really set the joyous vibe for the rest of the tour.

Over two weeks, we gave 16 concerts, collecting souvenirs on the way from the students we played to from coveted ‘Russ cards’ (given out by final year students before they graduate) to a bespoke design on Karl’s bodhrán, drawn by an art student in Narvik! The range of venues were beautiful – there were large theatres and arts centres even in some of the most remote, sparsely populated areas – and the students and teachers were enthusiastic and interesting. Norway seems to be a particularly patriotic nation, so it came as no surprise that the audiences LOVED the fact that their country was responsible for the Isle of Man having the oldest continuous parliament in the world, and it generated a lot of interest in my Island (which I was more than happy to chat about!).

Some highlights of the tour for us were getting close-up views of white reindeer while driving through snowy mountains; trying all sorts of weird and wonderful fish, including cods tongues; having our breath taken away when seeing thousands of cod hanging up to dry (interpret that how you will!); testing out newly acquired Norwegian phrases and most importantly: enjoying performing together and bringing our music to a new country.

After performing together just nish as reesht [‘now and again’ in Manx Gaelic – our band name is a derivation of this phrase] in the last three years, we have a few plans up our sleeves, which we look forward to sharing with you in the near future!