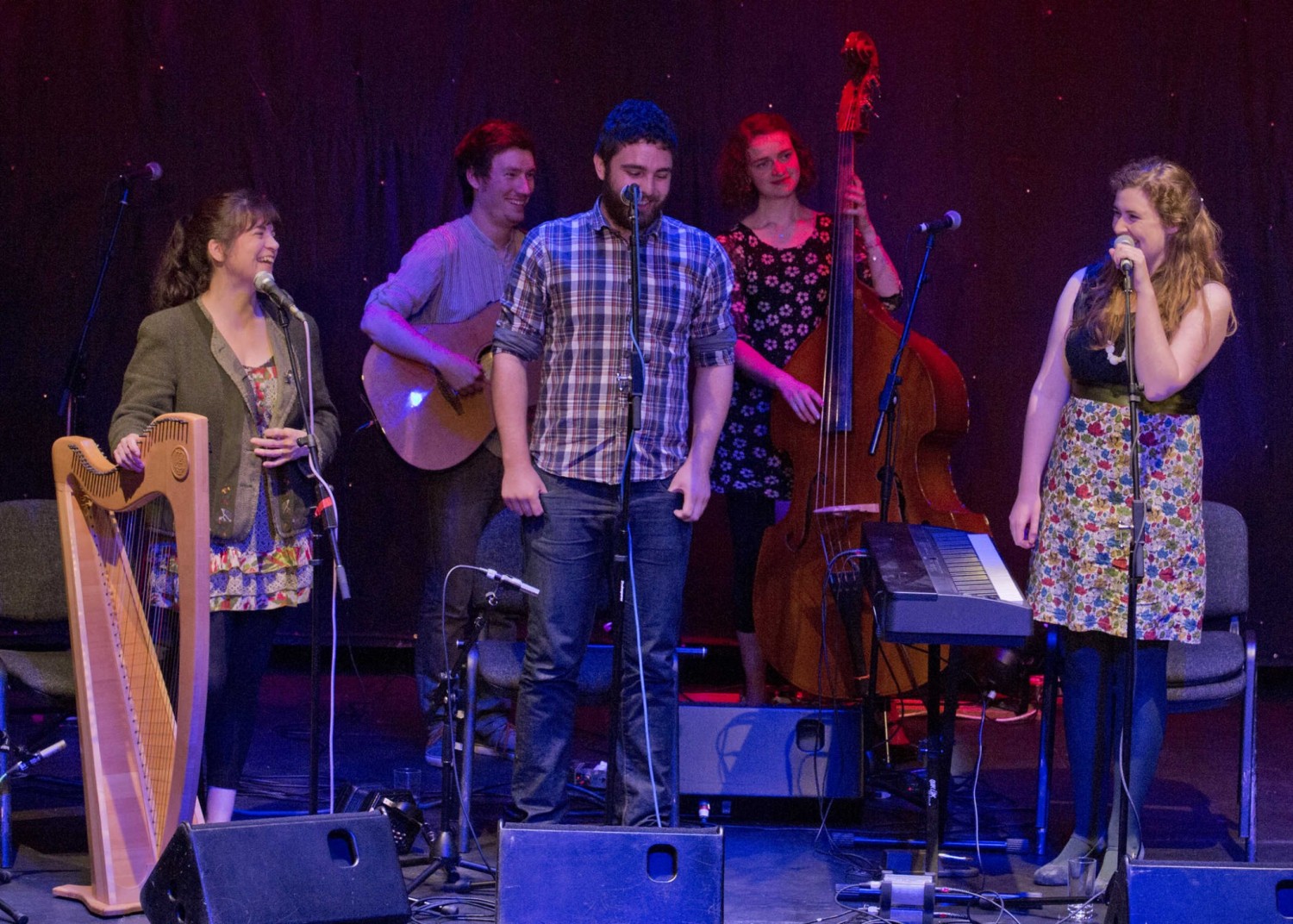 The Aon Teanga:Un Çhengey album was officially launched with a concert at the Peel Centenary Centre in the Isle of Man on 18th September 2015: a fitting place to give the launch concert, as the Isle of Man Arts Council were the very first organisation to support our project. My guitarist Dave and double bassist Ness stepped up to play for us, having done such a fantastic job for our gig in the Festival Interceltique de Lorient earlier in the year. Here are a few wee snaps from the album launch, kindly taken and sent to us by the most excellent Jiri Podobsky (thanks Jiri!). To find out more about Aon Teanga:Un Çhengey visit the band website or hop over to my ‘projects’ page, where you can read all about it! 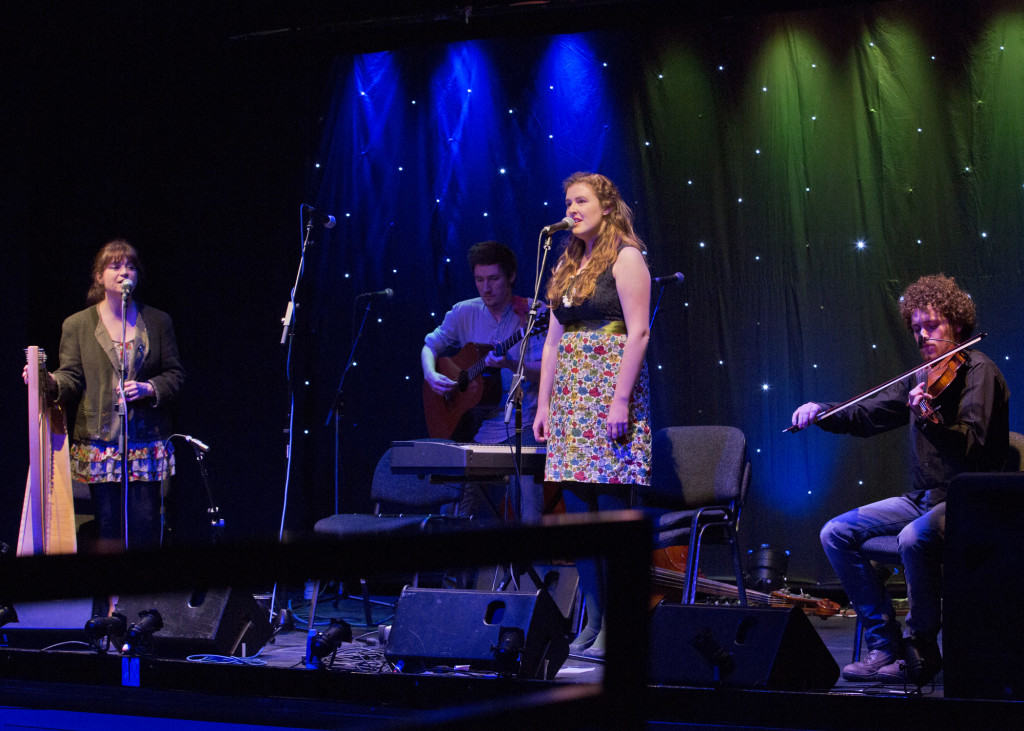 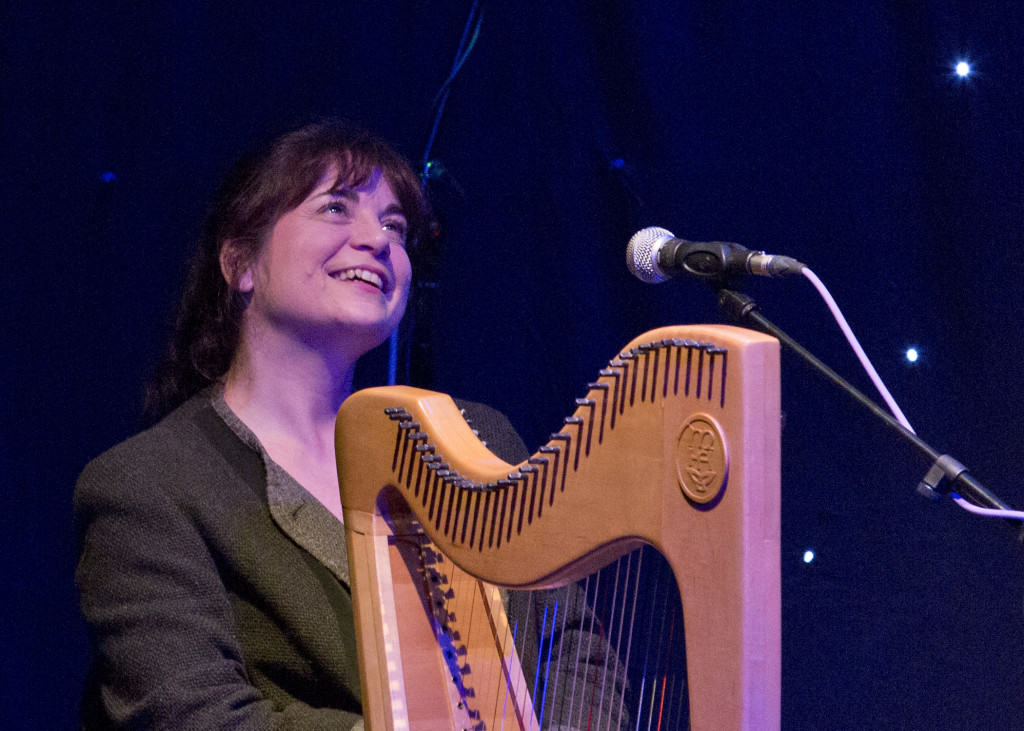 I would put money on Mary Ann’s joyful smile being down to Eoghan Ó Ceannabháin’s gorgeous voice during his solo song! 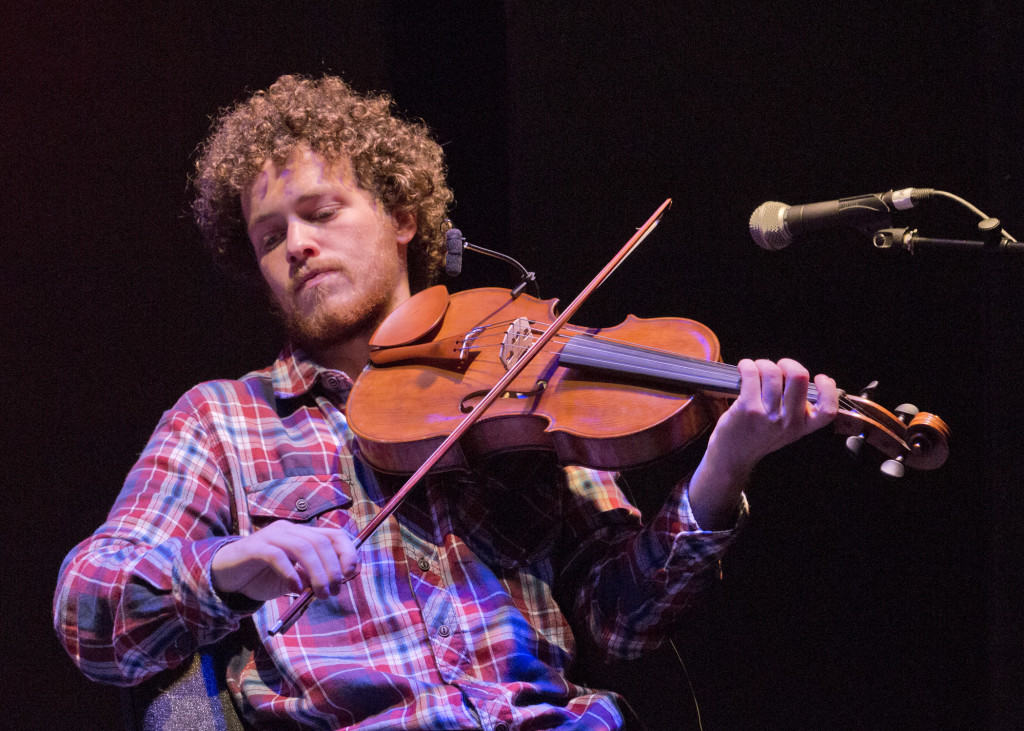 Clare fiddler Ultan O’Brien having a special ‘moment’ with the viola! 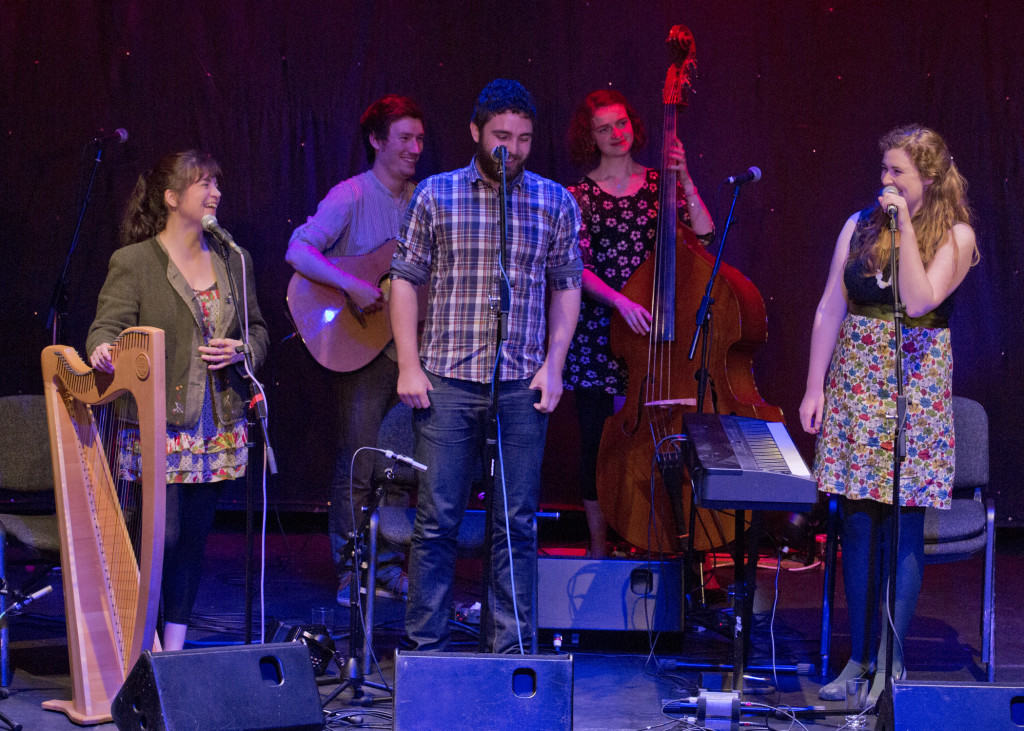 I can only assume that I was saying something amusing! 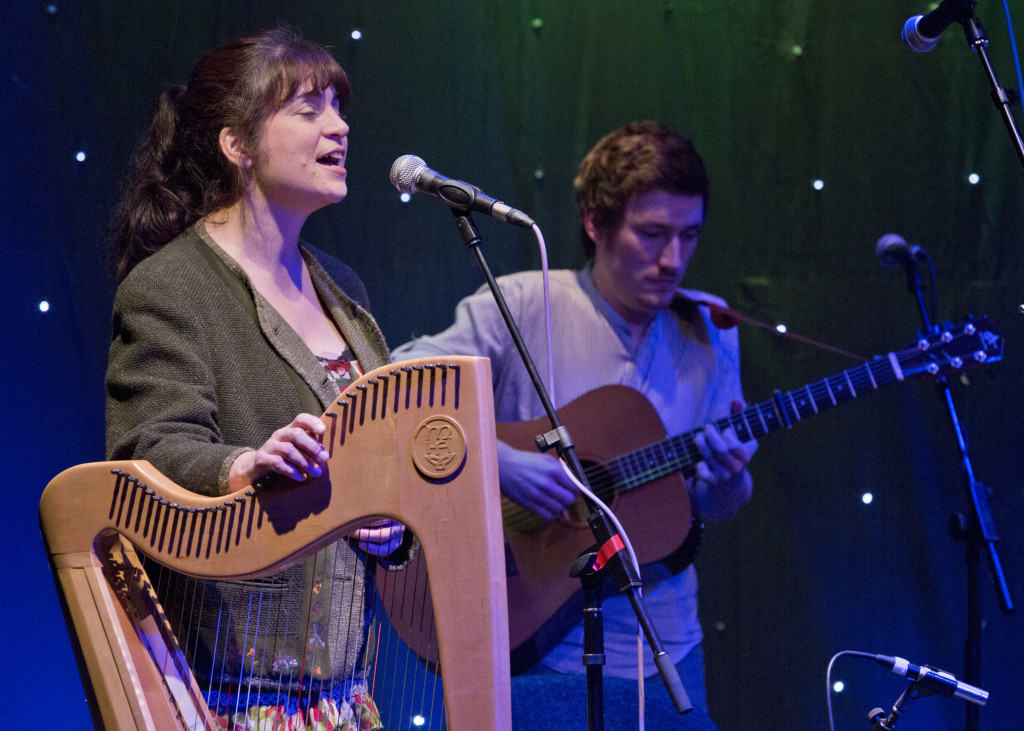 Mary Ann Kennedy, our Scottish contingent in Aon Teanga:Un Çhengey, singing some puirt à beul, for which her family (the Campbells of Greepe, Skye) are so well-known 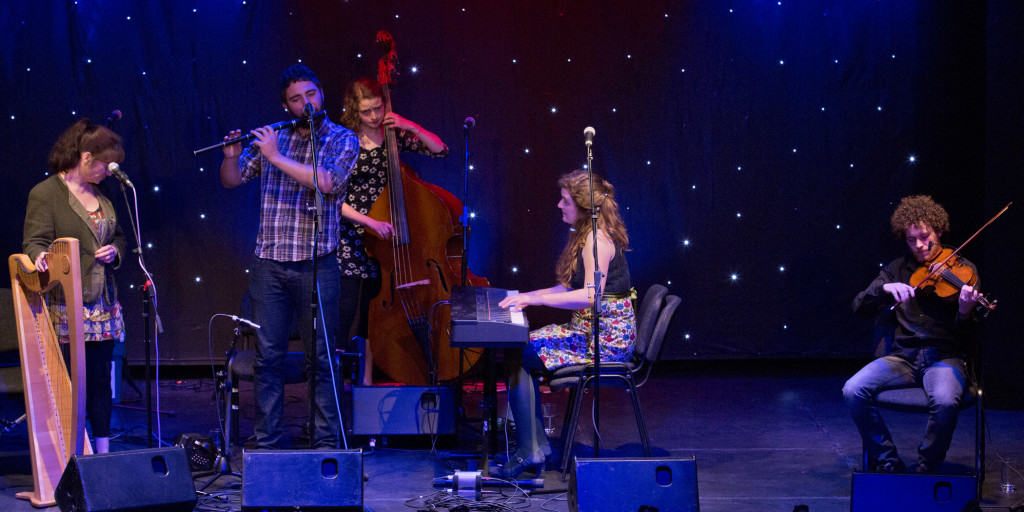