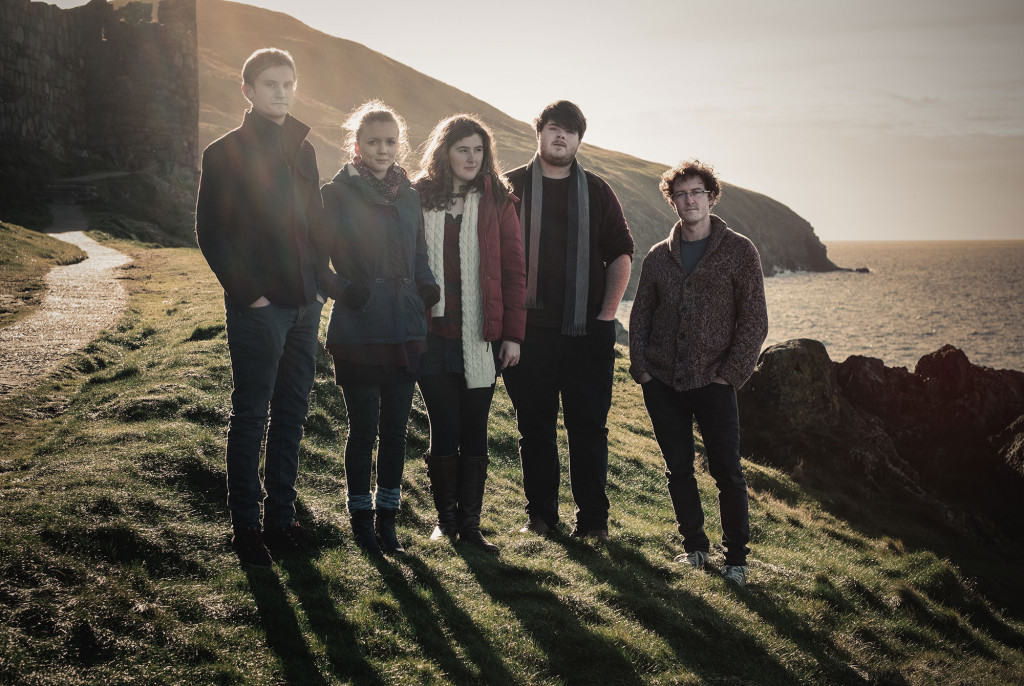 The project celebrates the shared cultural heritage of the Isle of Man and Norway in a vibrant, meaningful and creative way. It began in February 2013, when Tom and Ruth travelled to Western Norway to work with Erlend and Margit. In this first stage, the four musicians worked with their counterparts to explore the vocal and fiddle traditions of the other nation. The pilot stage of the project was completed in November 2013, when Margit and Erlend travelled to the Isle of Man and David Kilgallon (piano) became the fifth member of the collaboration. The group have delivered public concerts and an educational tour in the Isle of Man, and also performed at the Festival Interceltique de Lorient 2014 in Brittany. They have a collaborative tune/songbook and CD available – visit Culture Vannin for more details.

Erlend Apneseth: Erlend is one of the top young Hardanger fiddlers in Norway. He received the Grappa Debutante award in 2012 and his critically-acclaimed debut album, Blikkspor, was released in October 2013. erlendapneseth.com

Tomas Callister: Tom is one of the leading fiddle players in the Isle of Man, performing with dynamic bands Barrule, and Mec Lir who are doing a fantastic job of spreading the word about Manx music worldwide. barruletrio.com & meclir.com

David Kilgallon: David is a talented composer and multi-instrumentalist (piano, fiddle, organ, voice), who has been at the forefront of Manx music since his teens. He performs with Mec Lir and the trumpet-organ duo ‘Chronicles’: www.chronicles.im and meclir.com

Margit Myhr: Margit is a skilled singer, dancer, actress and musician (playing the hardanger fiddle, the lyre and the langeleik) and has performed extensively with a number of musical collaborations, her band ‘Firil’ and Swedish theatre group at the Västanå Teater.