Performance and interview on BBC Alba 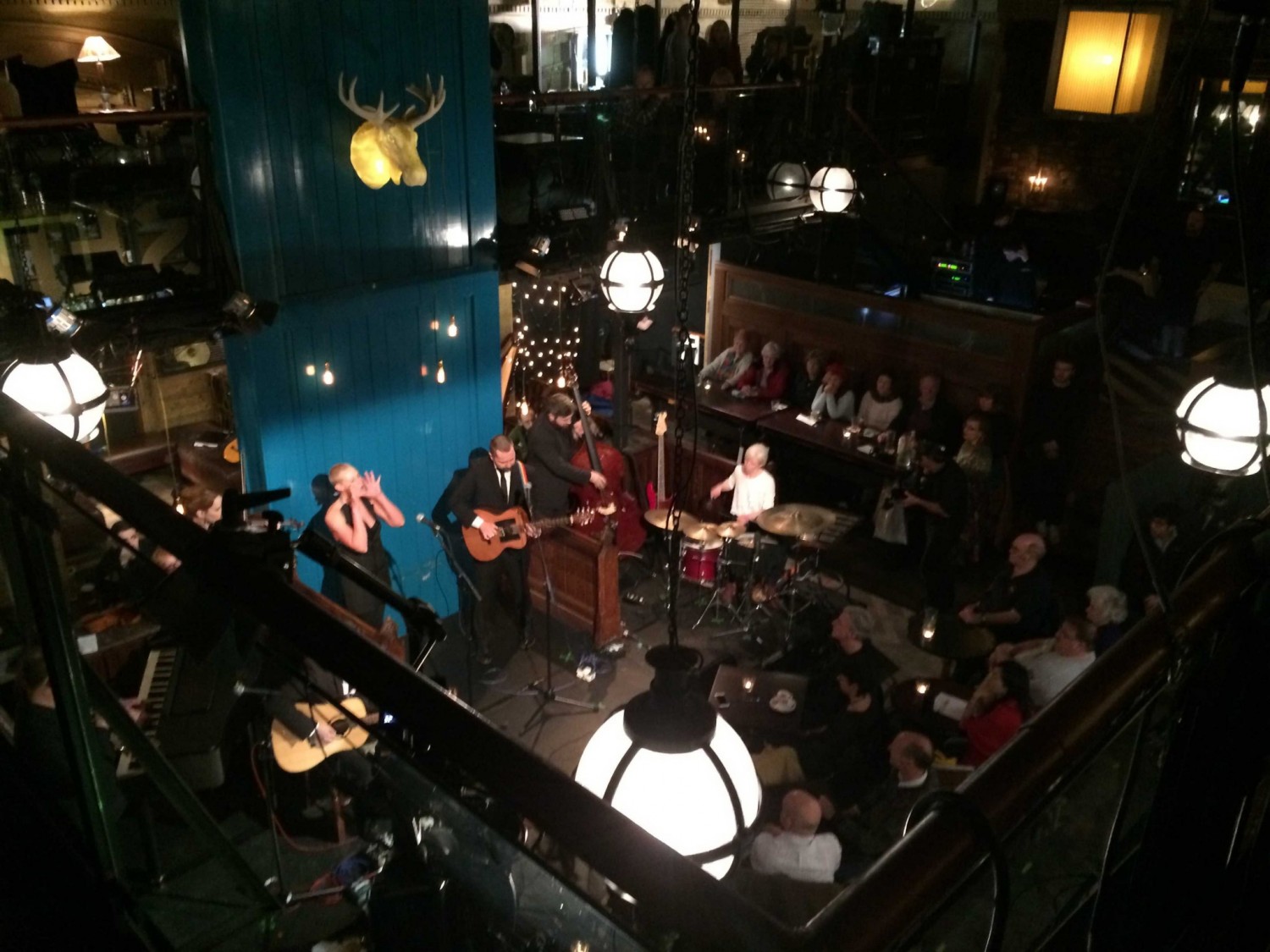 Performance and interview on BBC Alba

After a fab four days recording my second solo album last week, my band and I headed down to Glasgow to perform a gig at Celtic Connections, and then film songs and an interview for an episode of ‘Seirm’ for BBC Alba this Monday night. Four bands performed live to a studio audience in the quirky venue of the Hillhead Bookclub* in Glasgow’s west-end. Also on the bill was Kathleen MacInnes with a band that included Brian Finnegan, Dermot Byrne and Mike Vass; Blue Rose Code (featured in the image above, taken on my phone – I don’t have any photos of us performing just yet!); and Scottish singer-songwriter Siobhan Wilson. All of them are just wonderful, and whose CDs I immediately bought on the day after the gig (I implore you to go and look them up, if you haven’t heard of them). I was completely honoured to share the bill with them! Being the first Manx Gaelic singer to appear on the programme, my band I were excited to share some of my brand new solo album material which includes a Manx Gaelic version of the Runrig song ‘Chi mi’n geamhradh’, which went down particularly well with the audience. I hope the MacDonald brothers, who wrote the song, like what we did with it! The show will be broadcast on TG4 in Ireland during the spring, and in early autumn on BBC Alba. I’ll make sure to post the broadcast date when I’m told about it!

Even though we were only there for a fleeting visit – two days – we had such a brilliant time at the festival. Glasgow is one of my favourite cities generally, but especially in January it really comes alive (which is what you want in this cold, wet month once Christmas decorations have been packed away in the loft, right?!). I’ll be swinging by for a day next week for the Showcase Scotland Tradefair, and am very much looking forward to being back, albeit for 24 hours!

*Not actually a bookclub. I don’t know… these hip west-end establishments confusing people with their funky names! 😉 it was a lovely bar complete with a teal feature wall, a lit-up huge plastic moose head and those retro light-bulbs where you can see the filament. Very groovy.